Mostert won the Larry Perkins trophy after accruing the most points across the four races at Melbourne’s Albert Park Grand Prix Circuit.

The 26-year-old’s weekend was highlighted by his Race 5 victory and he ran second to Australia Supercars Championship leader Scott McLaughlin in Sunday’s Race 6.

“To get the Larry Perkins award is pretty cool,” he told Fox Sports.

“(Larry was) not only an awesome engineer but an awesome driver as well. So very privileged to get that trophy this weekend.”

Mostert said the focus for his team was now on improving their efforts in qualifying.

His Ford Mustang could not match its race pace in qualifying and as a result, he was often left to force his way up the field.

“The car is pretty good in race trim,” he added. “Now we’ve just got to dial it up a bit for quali (qualifying) for the next round.”

Mostert is 31 points adrift of McLaughlin in the battle for the 2019 title and could edge closer – or take the overall lead – when the Supercars head to Tasmania next month.

TOSCA Travelgoods and the Australian Luggage Co. have been long time supporters of Tickford Racing. 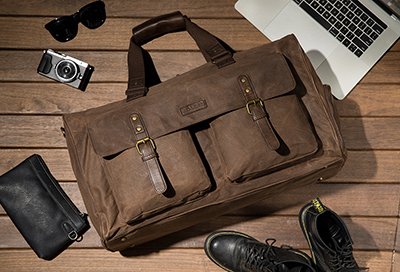 Receive the latest news, sale information & specials from TOSCA straight to your inbox

Thank you for subscribing.